I love playing with new Operating Systems. My wife once joked that my computer was coming down with schizophrenia. There are times that it’s had three operating systems in one day.

Recently I ended up with a broken left click button on the track pad on my laptop. This was a massive problem, as I don’t work at a desk. Usually I’m working on the couch, or in an armchair, so I have nothing to use as a mouse pad. Thus began a search for an operating system that would:

It was an interesting journey, that I will detail on the weekend, I found some really neat operating systems.

However I’m back with Moon OS, the one I started with. No, I didn’t get the track pad fixed (for some reason Acer doesn’t offer parts for it). Instead I found out that I can use a Beagle for a track pad! 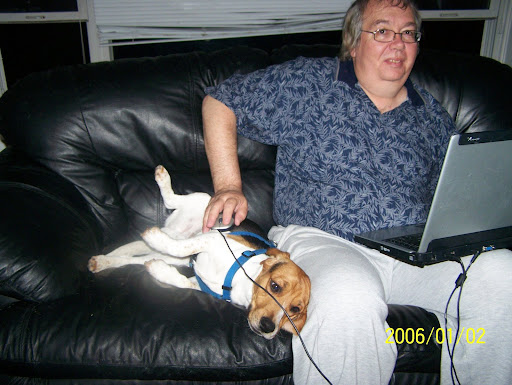 Now I haven’t used a mouse a lot recently, and didn’t realise that optical mice will work on just about any surface. Sam makes a great track pad, since he loves to snuggle up against me while I’m sitting on the couch.

And he’s about the cutest track pad you’ll ever see!